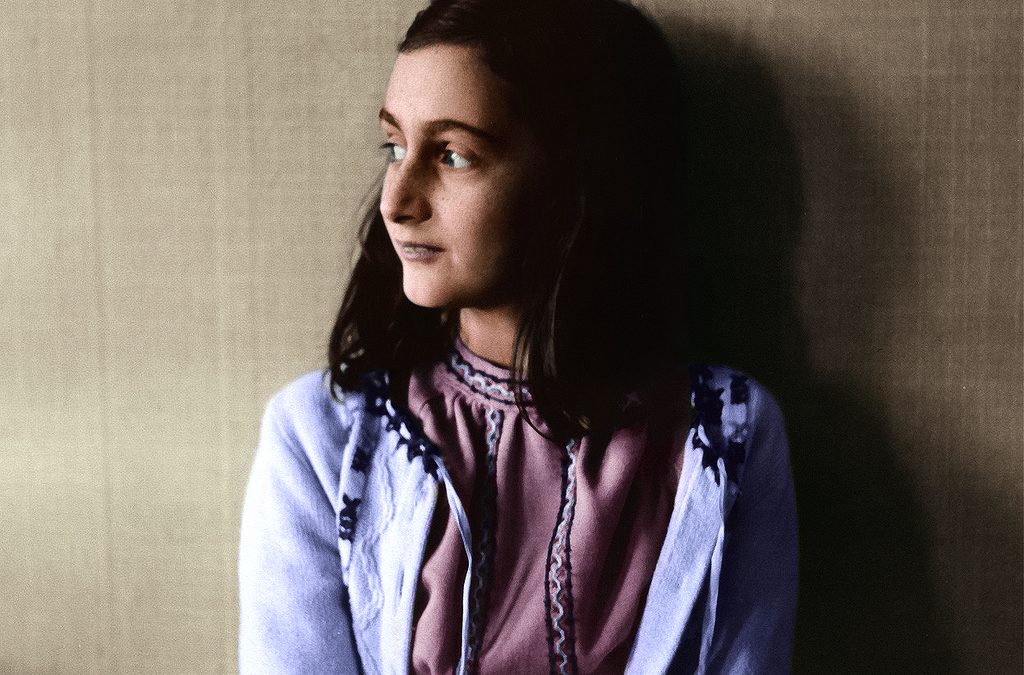 Remember only that I was innocent
and, just like you, mortal on that day,
I, too, had a face marked by rage, by pity and joy,
quite simply, a human face!

–From “Exodus,” by Benjamin Fondane, murdered at Auschwitz in 1944

I first read these words in December, a month from the start of rehearsals for The Diary of Anne Frank, which I’m directing now at People’s Light in Malvern. I was at Yad Vashem, the Holocaust Museum and Memorial in Jerusalem. The words seemed to speak directly to the heart of Anne’s story, and the power of the play.

What do we watch when we watch Anne Frank, and her family and fellow refugees? I think most of all we watch people aching to live—with all of their rage and pity and joy and imagination and love. They have a human face, just like we do. They are innocent, but they live under the threat of murder, because of who they are—because they are Jews.

We’re producing The Diary of Anne Frank because it has important, powerful resonance for right now. This story of eight Jewish refugees in hiding from the Nazis in Amsterdam in 1942-44 shows the terrible consequences when one group of people sets out to oppress and annihilate another. It’s a story about what makes us human—family, love, passion, endurance, heartbreak, imagination and creativity—and what’s lost when that humanity is squelched.

Theater is rooted in the belief that empathy—the ability to understand another’s story—is essential to living. For this production, we have brought together a multi-racial cast whose diversity reflects that of our community. As we honor the specificity of this story of Jews and anti-Semitism, we take an approach steeped in theater’s capacity to help us make transformational leaps of time, experience and identity to enlarge how we know the world. We hope to highlight the power of theater to build connection and encourage understanding.

Our Process: Conversations Around Equity, Diversity, and Inclusion

Our process leading up to rehearsals has included 16 months of conversations with numerous Jewish and interfaith leaders, educators, and activists. We spoke with playwright/adapter Wendy Kesselman, a wide variety of artists and artistic leaders, as well as various experts in the field of Equity, Diversity, and Inclusion. These were family, friends, colleagues, acquaintances, and strangers from our five-county region to New York, DC, New England, California, Oregon, Canada, England, Germany, Amsterdam and Israel. They were of many races, ages, and cultural identities. These conversations helped shape many components to this production, from what is on stage to the many panels and community events that surround it.

In the rehearsal room, in our first week, we all shared stories and photos and objects from our own families, learning about each other as we steeped ourselves in the specifics of World War II, Amsterdam and the “secret annex” where Anne, her family and fellow refugees hid. We traveled as a group to the National Holocaust Museum and Memorial in Washington D.C. the day before International Holocaust Remembrance Day, standing in silence before the mass of shoes taken from victims of the camps and lighting candles in the Hall of Remembrance. Many of us participated in Shabbat services at Mishkan Shalom in Roxborough just last week. And we bring all of this—our stories, our families, our heritages, our reflections, our connection to history and Jewish life now—to making Anne’s diary speak to us once more, in our time.

Through the diary, through this play, we step into another world and time and culture. But we see much we recognize through the keen eyes of Anne’s passionate, “human face” (to use Benjamin Fondane’s words)—the dreams of the young, the worries of parents, the fierceness of family bonds. We need to keep seeing through these eyes, to face, directly, the cost when one person, one group, one nation decides to squelch the rage, pity, joy, humanity of another.

When Fondane says he and the other victims of the Holocaust are “just like you” and me, he doesn’t negate their particular beliefs and cultures. Rather, he calls us to empathy, to solidarity. He calls us to stand together, human face by human face. At a time when our community, nation and world wrestle with anti-Semitism, racism and oppression, we offer this production as a call for empathy and the need to remember, listen, understand and act.

David Bradley is a Philadelphia-based theater director, arts producer and writer, and a long-time ensemble member at People’s Light. The Diary of Anne Frank, by Frances Goodrich and Albert Hackett, adapted by Wendy Kesselman, runs from February 21-March 31 at People’s Light, 39 Conestoga Road, Malvern, PA. For more information about performance times, and a variety of community events surrounding the production, visit peopleslight.org.