Horseradish-stained Haggadot, Elijah’s cup your cousin made in third grade, and of course, the smell of Bubbie’s soup help create the comfortable feeling of this spring holiday.

But, regardless of how you feel about the holiday, it can feel a bit odd trying to incorporate modern and innovative themes into this v old, very traditional holiday about freedom. But making this holiday fun and meaningful is the best way to avoid the fifth question– “are we done yet?”

So if you haven’t ordered the Hogwarts Haggadah, don’t worry! It will probably be on sale soon and you can preorder it for next year.

In the meantime, we highly suggest flipping through Haggadot.com. It breaks up the steps of the seder so you can curate a Haggadah that is reflective of you and your values. SO. COOL.

For all the HamilJews out there, the Hamilton Haggadah is ready to download. It is written by two Philly-based Reconstructionist Rabbis-to-be!

If you find that the powers-that-be at your seder aren’t down with your Jewish creativity– tell ’em BOY BYE. 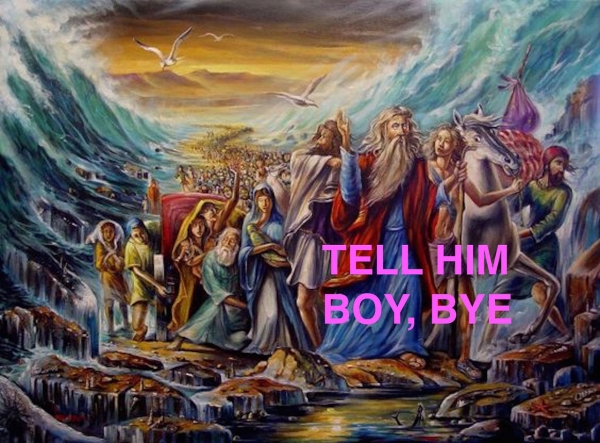 Just kidding, you probably don’t want to do that. But you can compromise by sprinkling some Beyonce Seder Memes on the table or adding some Manischewitz Sangria to the alcohol line-up.

Also, make sure to save room for the great community seders and events happening in Philly throughout the week. Save your seats now for Wednesday’s LET MY PEOPLE DRINK cocktail class and Thursday’s LQBTQ Community & Allies Seder.

Wishing you all a delicious, meaningful and freedom-filled Passover.

Purim celebrates a time when a government tried to kill the Jewish people. And they failed! So now we eat! And drink!

For those who copped a shluf during Hebrew school, see this in-depth, drunken history of Purim provided by our friends at A Very Awesome Purim.

Have you ever thought about what the word Purim even means?

Purim (פורים) is the plural of “lot,” like lottery. Back in Persia, around 350 BCE, there was a different, less fun, kind of lottery. Haman, an advisor to the King, picked a day to kill all the Jews. But, it turned out that his lot was the unlucky one, as he was the one killed.

So how did this chag become the Jewish child of St. Patrick’s Day and Halloween?

And, why the heck do we eat triangle cookies?

We can pretend hamantashen have to do with the Illuminati pyramid, but there are plenty of other explanations for these delicious triangular treats. Keeping with Jewish tradition, the symbolism of the delicious hamantashen is up for debate.

Hamantashen (hay-mohn-tash-en) literally translates to Haman’s pockets, something that hints at Haman’s corrupt nature. Some say Haman had triangular ears that were cut off before he was hanged.  Mohn, is also Yiddish for poppy seeds—a traditional filling.

So make yourself some Purim Plans! Here’s what is going on in Philly:

While men may dominate the narratives of many stories within the Jewish tradition, on Purim, we celebrate of the great Jewish Heroines, Queen Esther. The story begins in the court of King Ahasuerus of Persia, and his queen Vashti. Vashti refused to ‘entertain’ the King and his friends, with her beauty, while they were partying in the palace. Ahasuerus barred Vashti, who he now saw as a threat to his perceived image of power over the land, that held a contest for any woman in the land vying to be the next Queen. It seems as though the King thought he would happen upon a more submissive wife who would not challenge his authority. As the story goes, Esther, who was chosen as the most beautiful young women in the land, seems more gentle and agreeable than the shunned Vashti. She hides her Jewish identity and her relation to her Uncle Mordechai.

Shortly after Esther is crowned the queen, Haman, the King’s sadistic adviser, suggests to the kind, a massacre of the Jewish people. Even in a time before feminism, in which a woman had to submit to the every whim of her husband, and even with the knowledge of her predecessor’s fate, Esther works up the courage to save her people. She approaches the King, without permission, bravely yet graciously, as she knows she could lose her crown or even her life for such a transgression. Ahasuerus is so taken back by her noble courage in the revealing of her own identity to save her people that he spares Esther as well as the Jews in Persia. What we can conclude from this story is that Esther is a certified badass.