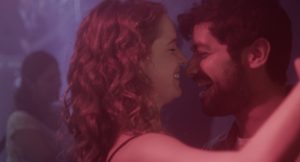 Najan González Norvind was awarded Best Actress at the Morelia International Film Festival for her delicate portrayal of Ariela, a twenty-something street artist from Mexico City who finds herself torn between her responsibilities to her Syrian-Jewish family and her commitment to her non-Jewish Mexican boyfriend. LEONA is one of six films that will screen in Lindy CineMondays 2019. March 25 - May 6 (excluding the week of Pesach)